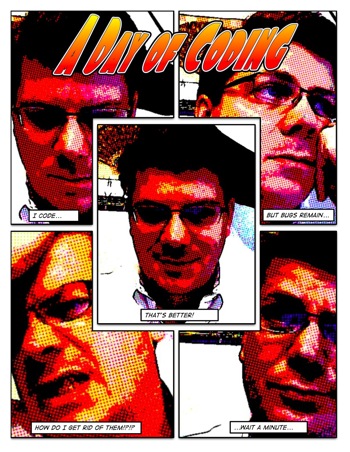 So, a bit about me, my least favorite subject. From the late 1990’s until 2008, I was a hobbyist Mac programmer dabbling in OpenGL, animation, and graphics. In 2008, I began programming on iOS. In the Fall of 2009, I released my first app, WinterSnow. It wasn’t a big seller but it was a lot of fun to make. I have since worked on several other apps that are on Apple’s AppStore.

The areas of iOS programming that I most focus on are ARKit and SceneKit, with some Metal.

My current focus in app development is on aerospace apps. I am not interested in contract work.

I live with two dogs.